As you are aware, America is discovering rampant voter fraud in at least a half dozen states. This has put a spotlight on mail in voting, the opportunity for fraudulent results and the security issues in our own vote by mail system here in Oregon. Our own system has affiliations with Dominion voting systems, equipment and software.  We are all well aware of the vote manipulation with that system.

Many, MANY people have indication to not trust our voting system in Oregon. And indeed I have collected several sworn affidavits of Vote fraud in Oregon.  More continue to arrive daily.

Here are a few of the allegations and concerns received concerning Election fraud:

P.M. on election night when the Department had received no security updates all year long!! We need to know the contents of this update and it’s purpose.

With obvious security concerns and fatal flaws in our vote by mail system, I had a poll conducted by an out of state firm to confirm or deny very odd results in several counties in Oregon. One of those counties is Multnomah. I have included the results of that poll here as well as relevant population data for the statisticians to study.

The poll results show markedly different results. The poll queried voters and asked how they voted via telephone.  After verifying that they cast a vote, the AG race was queried as well as the Presidential race. The differences in the poll versus “official” posted results are remarkably similar to the Presidential race; as far as percentages voting for me and Trump and you and Biden.

The telephone poll eliminates the following fraud from results: dead people voting, multiple ballots being cast by one person, as well as fictitious registered people and votes, (which is possible via the online voter registration portal as it requires ABSOLUTELY NO identification to vote.)

The poll indicated the following: 48% voted for Rosenblum, 23% voted for Cross and 28% did not vote or did not answer. The margin of error is 8% and I am giving the full margin of error benefit to the results. After accounting for the margin of error, it appears that you have been falsely credited with in excess of 101,217 votes and 17,603 votes have NOT been credited to me.

Interestingly, your race in Multnomah county according to the “official” results netted an increase of 24% over your last race in 2016, or a net of about 80,000 votes. That seems highly unlikely as the population in Multnomah county saw an increase of only 1.01%; (13,426 total population increase) 2016 vs. 2020 according to the U.S. Census Bureau. Your Net increase was in spite of the fact that my results were 14% higher than the Republican Candidate Crow in 2016. In short- where did your votes come from?

It’s also interesting to note that it is a well known campaign promise of mine to the good people of Multnomah county that after I was elected Attorney General I was going to investigate Portland Mayor Wheeler for Felony rioting and official misconduct. I also promised to investigate District Attorney Mike Schmidt for his selectively choosing who to prosecute and who not to based on political affiliations for a net “decline to prosecute” 70% of the cases submitted. I am also going to investigate DA Schmidt for Official Misconduct according to ORS 162.415.

As I am sure you are aware the 70% decline to prosecute is completely reverse of the statistical norm of DA’s in Oregon as the usual is 20-30% of the cases are declined to prosecute.  So if there was a possible motivation out of powerful elected officials to engage in vote fraud, I’ve just described a possible motive.

Due to the sensitive nature of this and the absolute adoration of the “motor voter” and vote by mail system by many of the establishment elected officials, and the fact that a vigorous investigation could indeed change the results of the November 2020 election to many Republicans, myself included; thereby creating a conflict of interest from your office; therefore it is my demand and advice that you submit these findings to United States Department of Homeland Security or Rudy Giuliani, attorney for the Donald Trump campaign as I also believe that Donald Trump won Oregon. The last time Oregon went to a Republican President was 36 years ago (Reagan) which was also before “vote by Mail,” which is also quite interesting.  I believe Donald Trump pulled it off and won Oregon.

I await your timely response to this Oregon Election complaint. 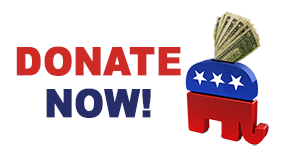 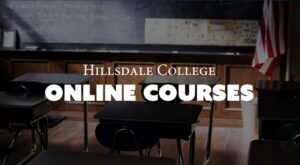 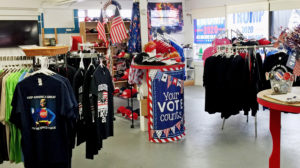